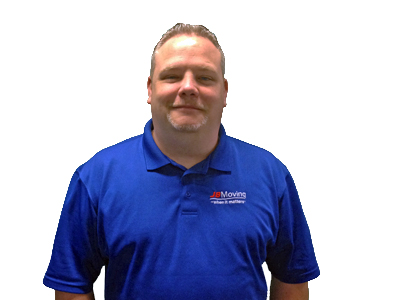 While getting through college Eddie worked at Collins Bros. Moving Corp from 1994-2001 where he was a helper on the trucks and learned, through experience, to run moving jobs on his own. He left that company in January of 2001 to help start Contemporary Moving Systems. Contemporary Moving Systems was a company geared towards high end moving and white glove delivery service. He worked at CMS from January 2001-June 2013.  On July 1, 2013, Eddie transferred to JB Moving bringing along many of my existing clients and relationships.  Today, while working at JB Moving, his responsibilities include General Manager and Delivery Service Account Manager.